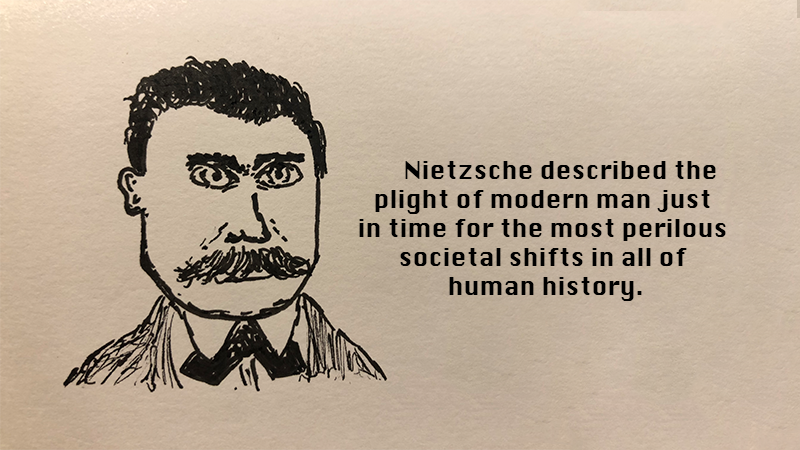 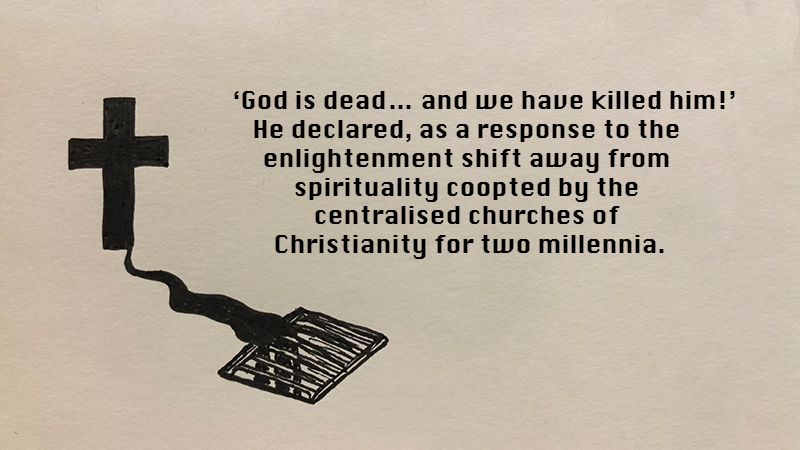 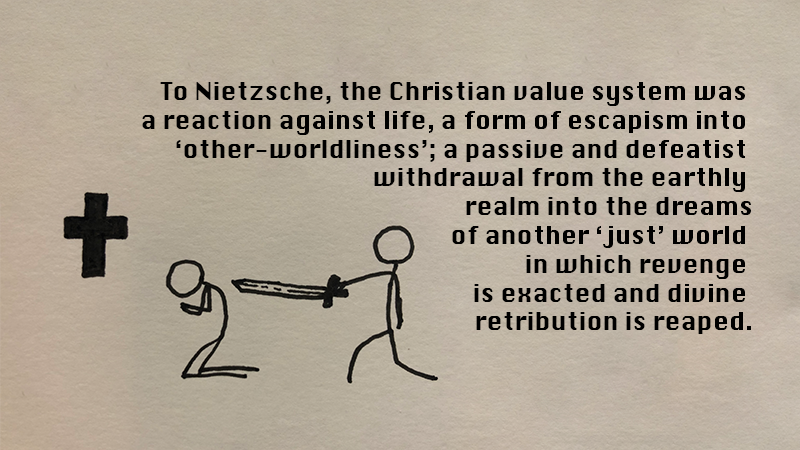 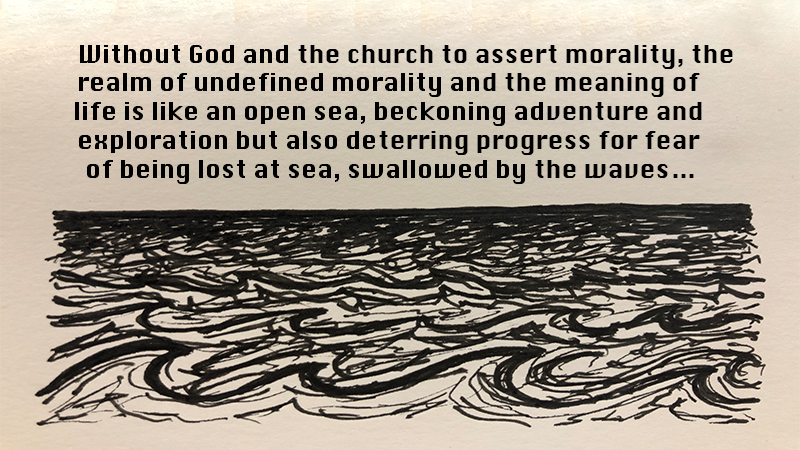 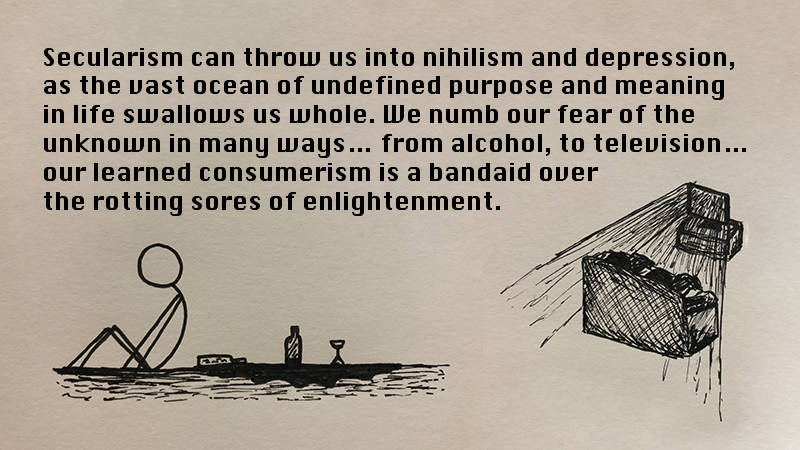 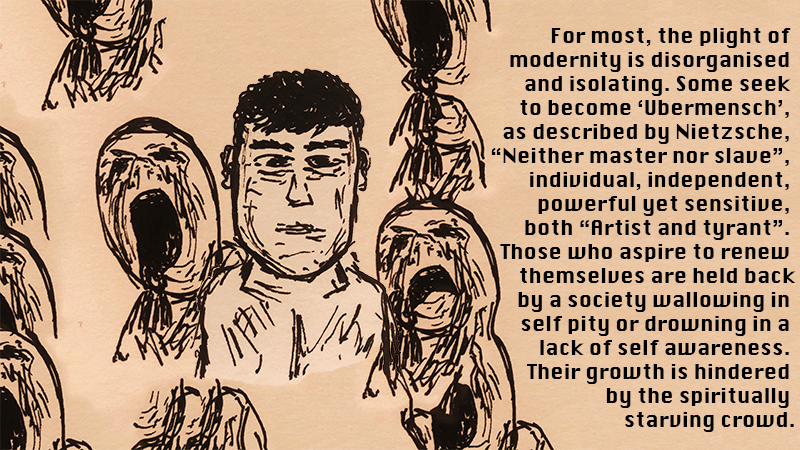 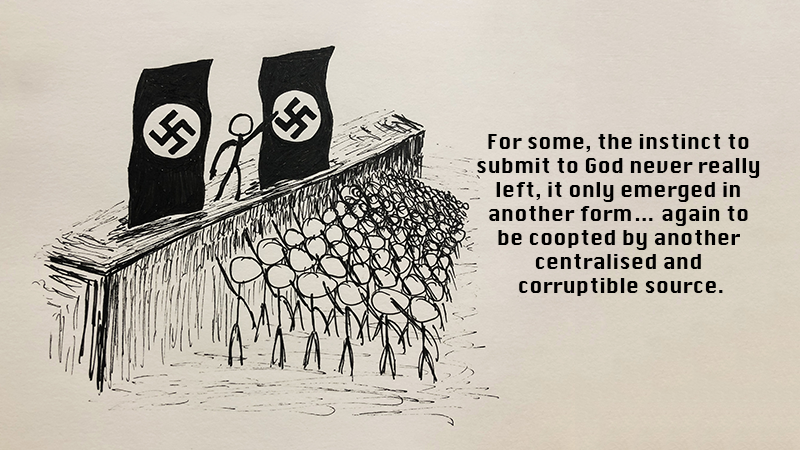 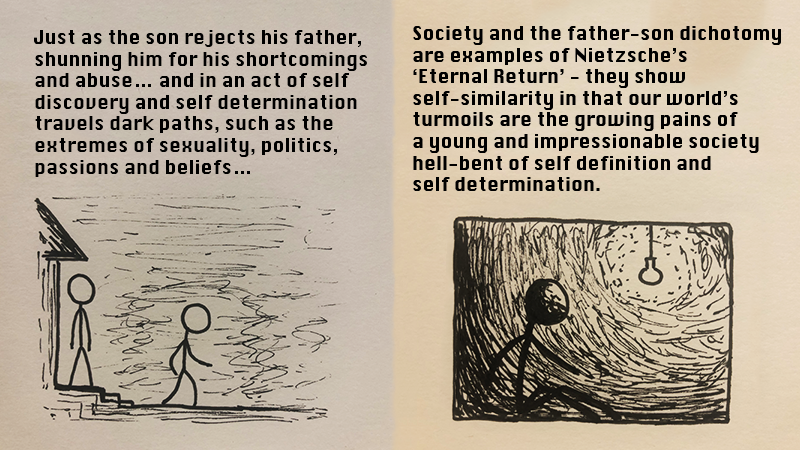 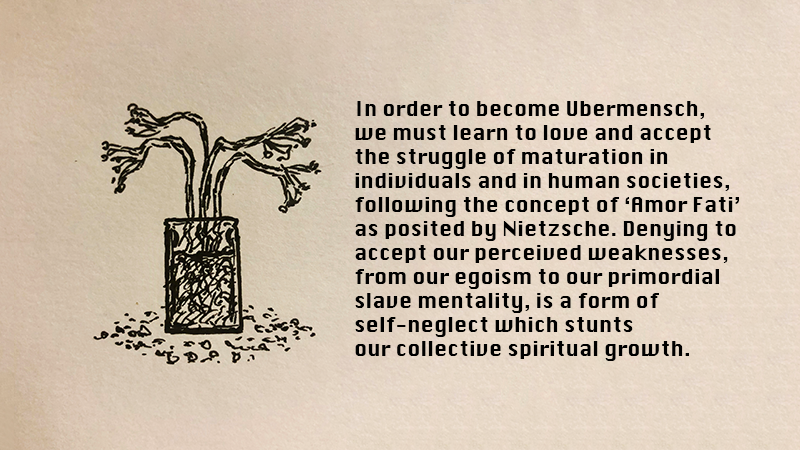 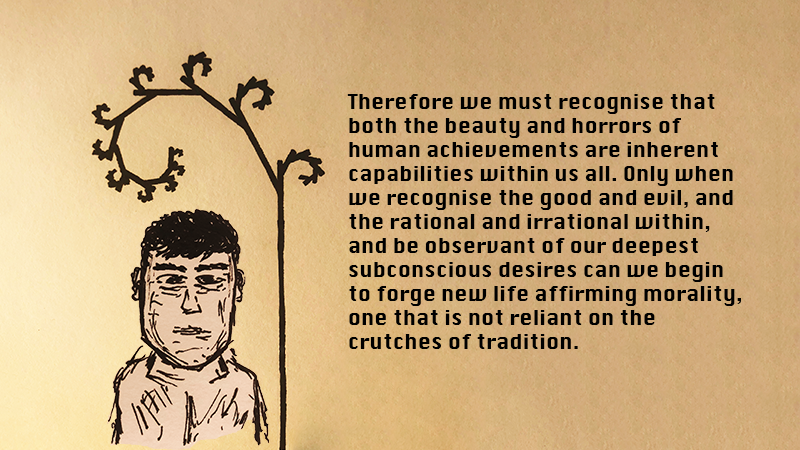 Turn off your TV

A flickering LCD screen illuminates the living room like a trash fire. The gravelly buzzing of a suited man’s voice scratches at your ears and you wonder if its okay that your head hurts. Bold hands present a glistening object of desire; a vacuum cleaner to wipe all that grime away. Soon you’ll be sucking up all that dust that collects on the empty couch cushions that never get used. You’ll be cleaning, mopping, dusting, polishing, neatening your home, your life, your very being. Television, the soundtrack of our childhood, adulthood, seniorhood. Television, the outlet of insidious manipulation backed by million dollar advertising campaigns. Television, the alarm clock which beeps every time one’s mind drifts from the buying mood. Television, your personal favourite ambition envisioner. Television, the best way to find out Now and What and Soon and Now. Television, from birth to rot, always with us, always joyful, always on. Red capital letters. Holiday home. Holiday people. Resorts you’ll never set foot in. Desserts you’ll stuff down your throat. Food you’re sick of eating. Food you’re sick of shitting. Diet pills. Slim jeans. Sales pitch pitched as insight. Thinly veiled condescension. Superficial release of tension…

To avid young news junkies, to those sick of being sold things they don’t need, to the newer generation who may need a final push to shed the shackles of the redundant and regressive technology that is television. This is a message to all those dissatisfees to turn off your TV. ‘Almost half of adults 22 to 45 years old are watching absolutely no content on traditional TV platforms, according to a new study by Omnicom Media Group agency Hearts & Science’ (AdAge 2017, para. 1). Young people around the world are united in their dissatisfaction with monopolised television stations, with the way the world is so shallowly portrayed and the way viewers are treated. To quote the Canadian post-rock band Godspeed, ‘We’re all on so many drugs with the radio on and the curtains drawn’ (Menuck, E 1997), would be an adequate metaphor for everything wrong with modern television. Beneath the facade of the latest and greatest, the cutting edge, the exciting and compelling, modern TV programming and advertising are guilty of irresponsible deconstruction of our psyches. Television often leaves us behind closed doors, alone, transfixed on advertising masquerading as entertainment. And we often make a habit of it - or it makes a habit of us. Like most free services, you are not the customer, you are the product. Your attention is sold to advertisers willing to pay millions of dollars for a chance to subvert your values and desires. Besides the fact that commercial television exists not to entertain or educate you, but solely to profit from you, even non-commercial television can be damaging to your health, ‘people who binge-watch television tend to be among the most depressed and lonely' (CBS News 2015, para. 2). Generally people are better off cutting TV out of their life completely. That is not to say cutting out all forms of news and entertainment, instead just removing the passive and non-consumer focused medium of free to air television and replacing it with something that requires more active and conscious engagement. The fact that advertising companies have named newer generations ‘the Unreachables’ (World Economic Forum 2018, para. 2) only confirms the idea that the trend away from TV is also a trend away from the influence of marketers. Approaching our media consumption with an engaged and critical mindset allows us to become more informed citizens, with healthier and more rewarding ways of being entertained.

The internet is a plentiful supply of services which can replace TV. From Netflix to Hulu, your entertainment can be paid for and watched without pretence - there are no ads for products we don’t need or want. By nature of the internet, the latest shows can be streamed instantly, without splicing of advertising between your favourite program. As far as news, reporting is made quicker and in more detail on websites such as The Guardian, or Huffington Post, services such as these can be paid for in a subscription model. This combination of online media channels can deliver everything TV once gave and more - without the presence of advertising. All young people should join the worldwide movement away from old technology, reject television and the harmful, outdated medium it has always been, by turning off their TV.


The age of insecurity

A single scroll through your instagram feed can show you more luxury holiday destinations than any common person may have ever even imagined 100 years ago. Reddit: best of all time. Instagram: For you. Youtube: trending. A relentless and never-ending highlight reel of our world, digitally manufactured, candidly posed. Social media has become a part of our daily routines - every morning, every evening, we subject ourselves to our newsfeeds. But what do we really have to gain from all this?

Over the last decade, the top social media services have all undergone radical transformation in their constituency. Facebook, instagram, snapchat, have gradually spent less effort trying to conceal their true business models - not by any accident - with their market share, they just don’t need to anymore. It has reached the point that Sean Parker, founding president of Facebook, can publicly say that Facebook was knowingly created to exploit “a vulnerability in human psychology”, without shaking facebook’s market share. The rise of facebook is a worldwide phenomenon, and so is the rising complacency of users. Being allowed to do as they please is hugely telling that we are being desensitised to the immorality of social media in its current form.

If in 2004, new users of Facebook were greeted with a warning as they signed up for an account: “We will collect every piece of your data we can get our hands on and use it to exploit your insecurities for profit. We will run unregulated psychoanalytic experiments on you to increase our ability to manipulate you into buying things you don’t need and believing things you wouldn’t otherwise believe”, it surely would have never gotten off the ground. Instead, for the beginning of its life, Facebook masqueraded as an interpersonal relations service, a tool designed for people and communities to connect with one another. However, as a private entity in a fairly new and regulation-free industry, facebook was able to gear their service to be as profit-centric as possible. Over the last decade and a half, its reach and impact has gone almost completely unchecked by the public.

We are called to question, given that this information is now out there in the public, why do people continue to use facebook? Its 2.3 billion users stick around regardless of proven unruly misuse of their data, simply because they don’t care. The vast majority of users might not be aware of the fine details of various facebook scandals, but nevertheless, there is no action taken despite a general awareness of facebook’s dodgy activities. The complacency of the user base represents a larger trend in society; as the world has become increasingly commercialised, sensitivity to advertising and subliminal messaging has gradually been eroded. After all, we are a society built upon consumption, and it is only natural that as all facets of our lives become commodified, our outlook on life will begin to more seamlessly integrate with the economy. So now that the average user is content having the details of their private lives shipped and handled by unaccountable suits in offices, the issue of ‘who should own our data’ is long gone. The real issue for remainder of facebook’s life will be, ‘how will ads shape our society next’.

Brutalism in architecture is both an aesthetic and an ideology. Ideologically, it represents the concept that structural components should be made visible. But what does this actually look like in terms of aesthetics? Brutalist architecture is recognizable by the prominence of basic building materials - most notably concrete. In fact, the term 'Brutalism' is actually derived from the French phrase béton burt, which means raw concrete. So, most Brutalist structures will emphasize a solid, unadorned and undecorated flat, concrete exterior. ---WIKIPEDIA

A style that intentionally attempts to look raw, haphazard, or unadorned. Both in architecture and in digital design brutalism is seen as a reaction against artificiality and lightness. ---WIKIPEDIA 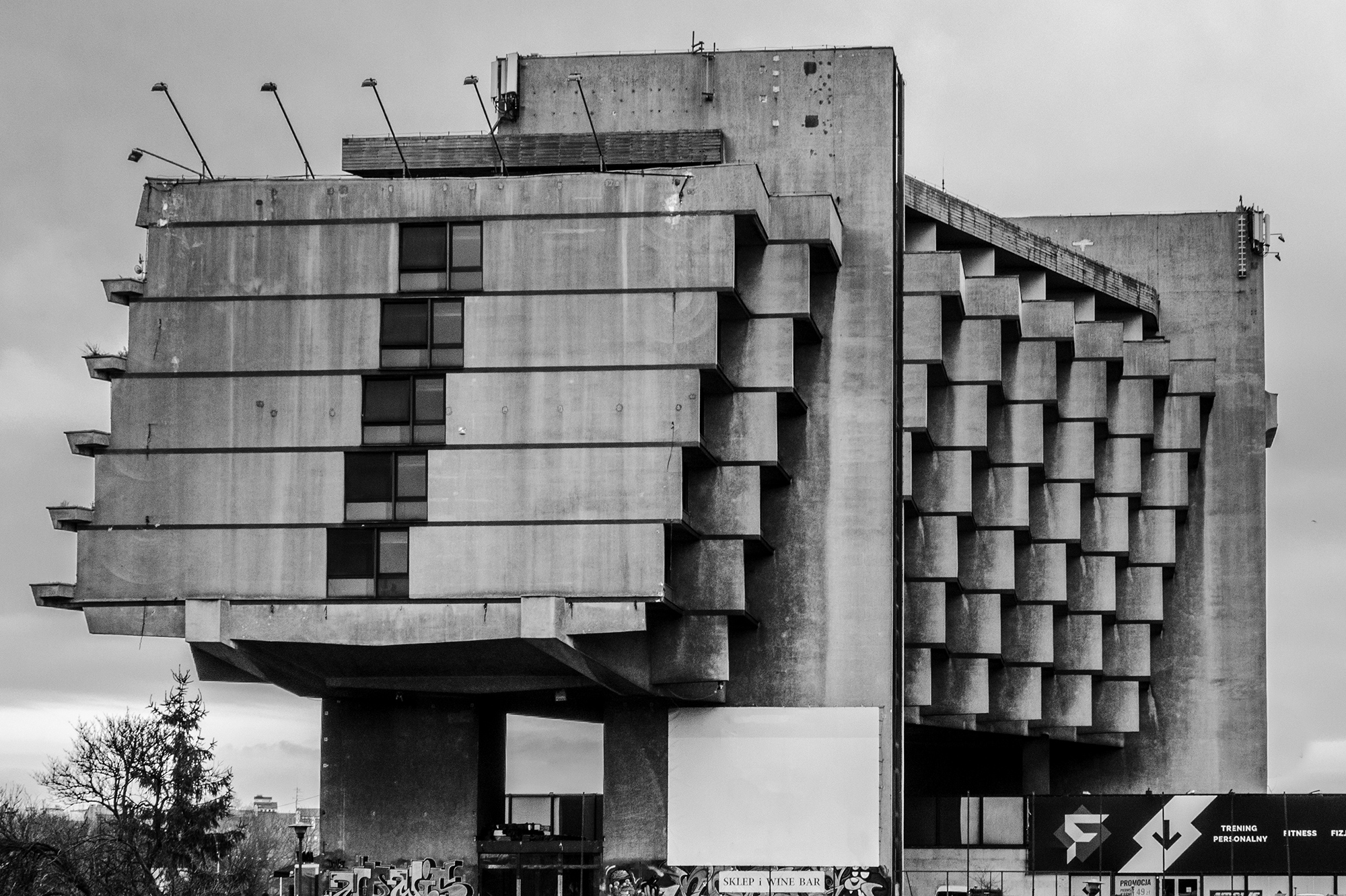 Expressionism is a modernist movement, initially in poetry and painting, originating in Germany at the beginning of the 20th century. Its typical trait is to present the world solely from a subjective perspective, distorting it radically for emotional effect in order to evoke moods or ideas. Expressionist artists have sought to express the meaning of emotional experience rather than physical reality. It was a movement that developed in the early twentieth century, mainly in Germany, in reaction to the dehumanizing effect of industrialization and the growth of cities, and that "one of the central means by which expressionism identifies itself as an avant-garde movement, and by which it marks its distance to traditions and the cultural institution as a whole is through its relationship to realism and the dominant conventions of representation. More explicitly, that the expressionists rejected the ideology of realism. ---WIKIPEDIA 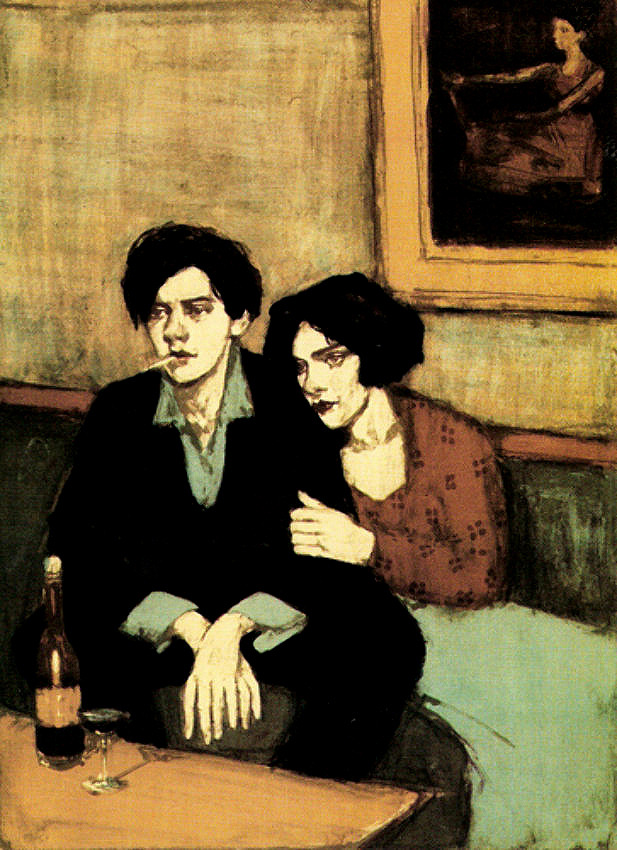 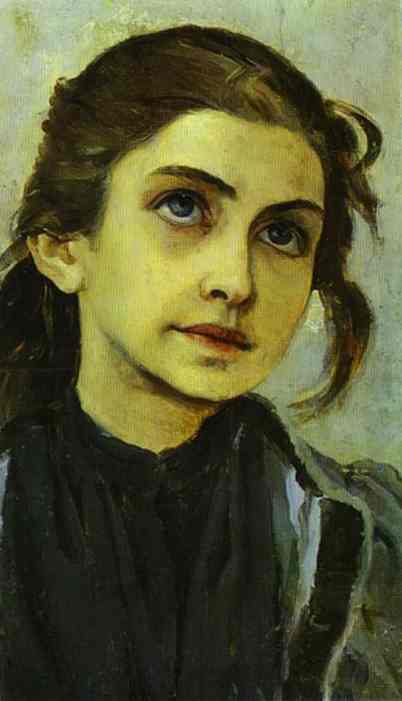 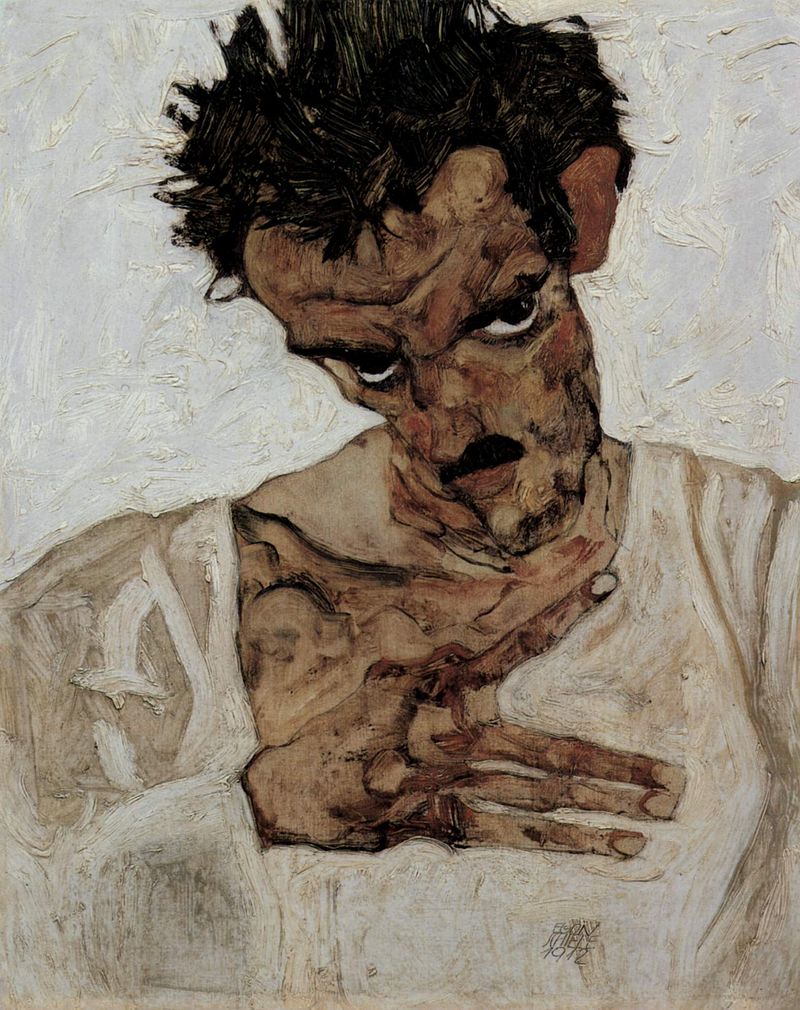 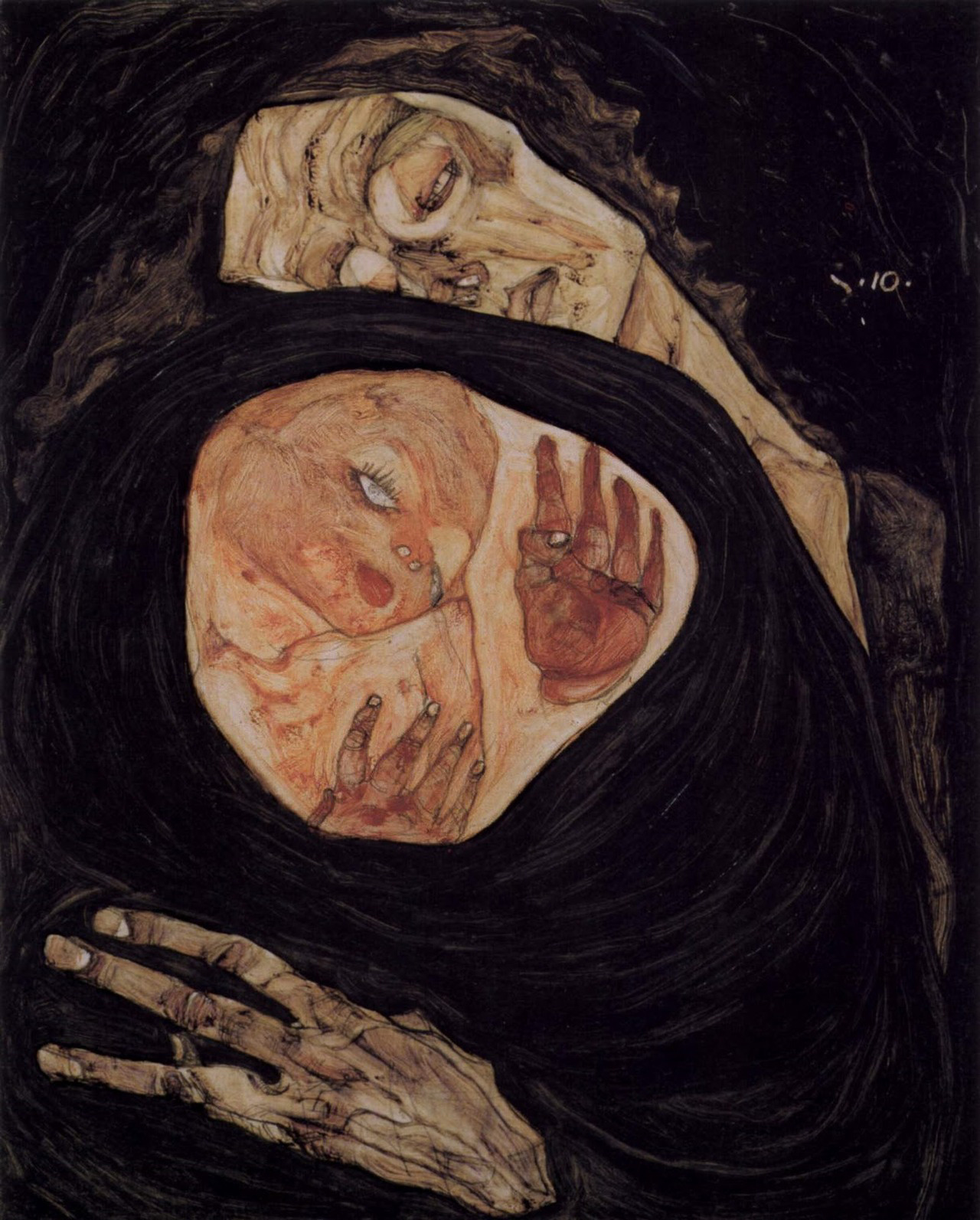 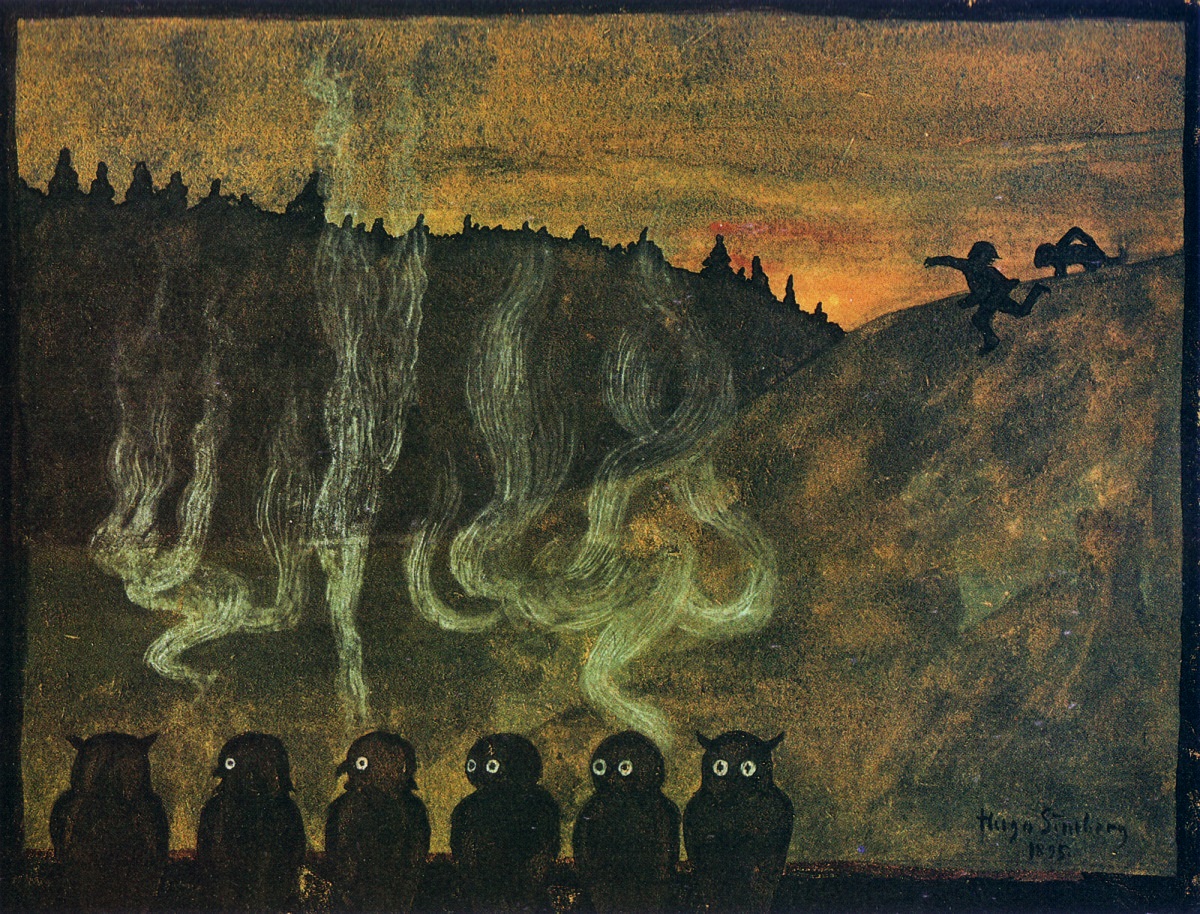 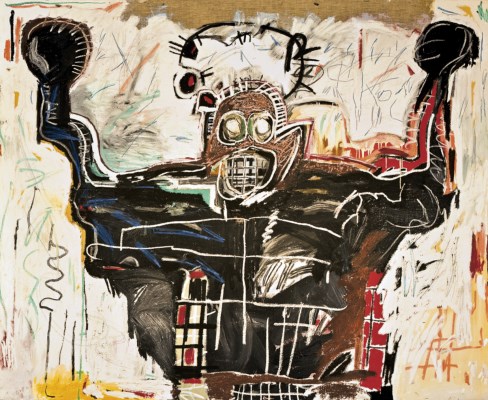 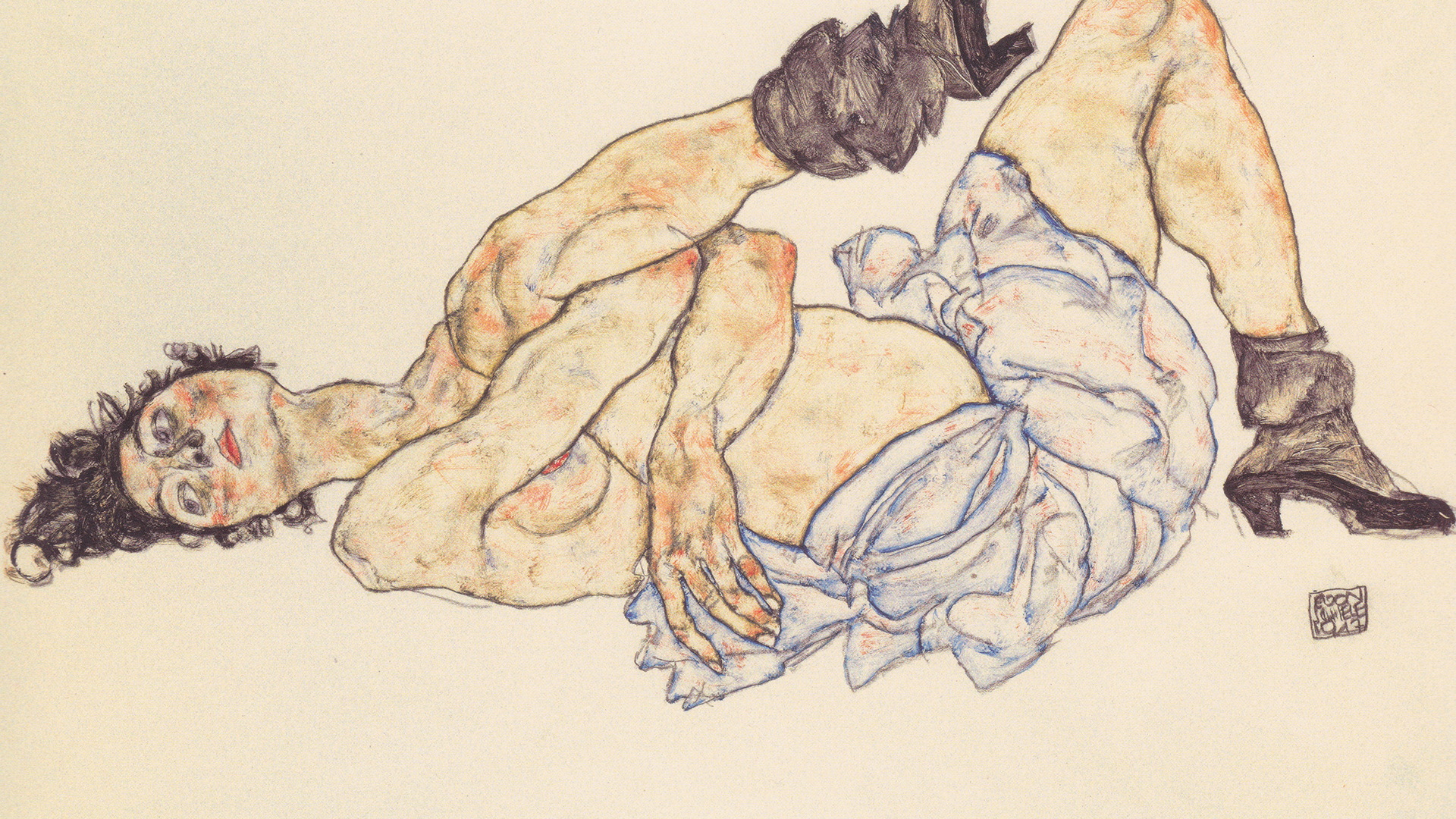 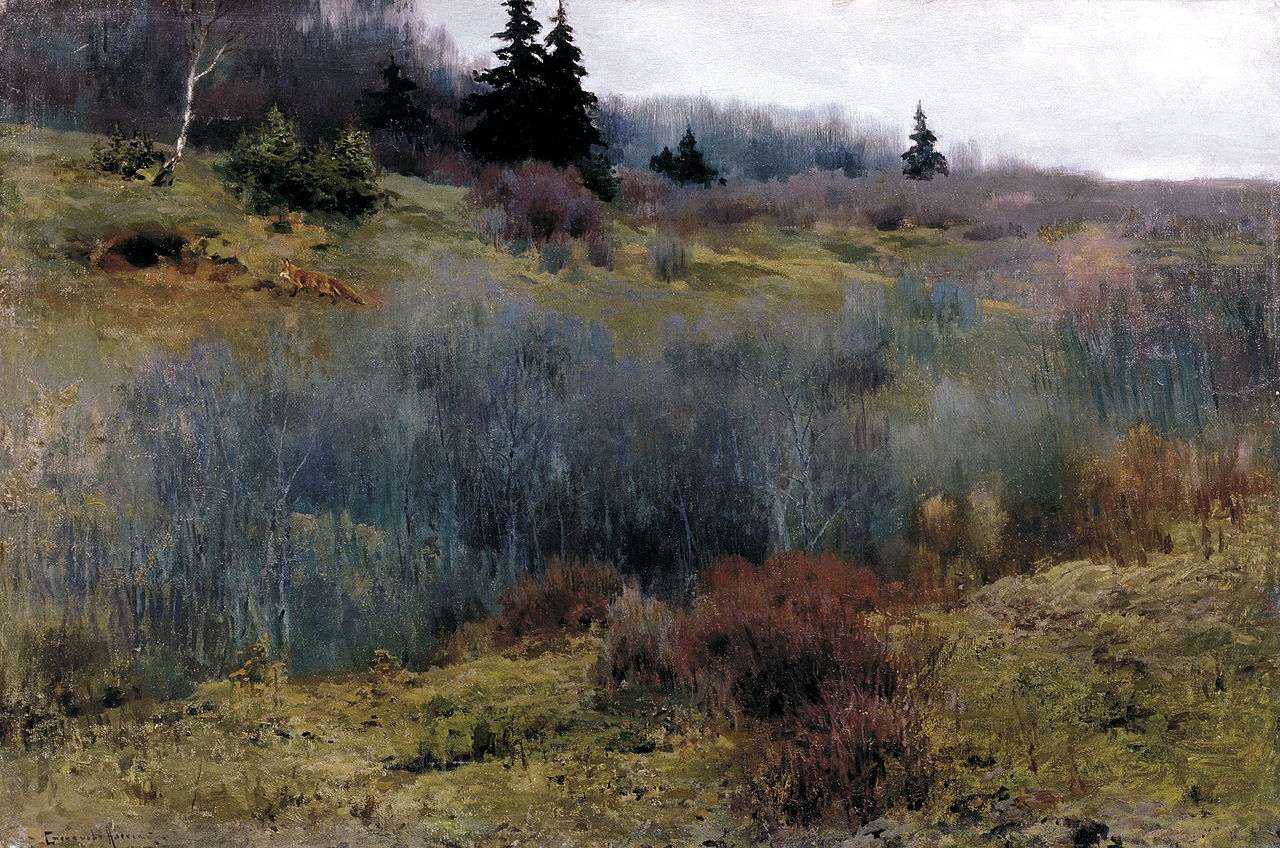 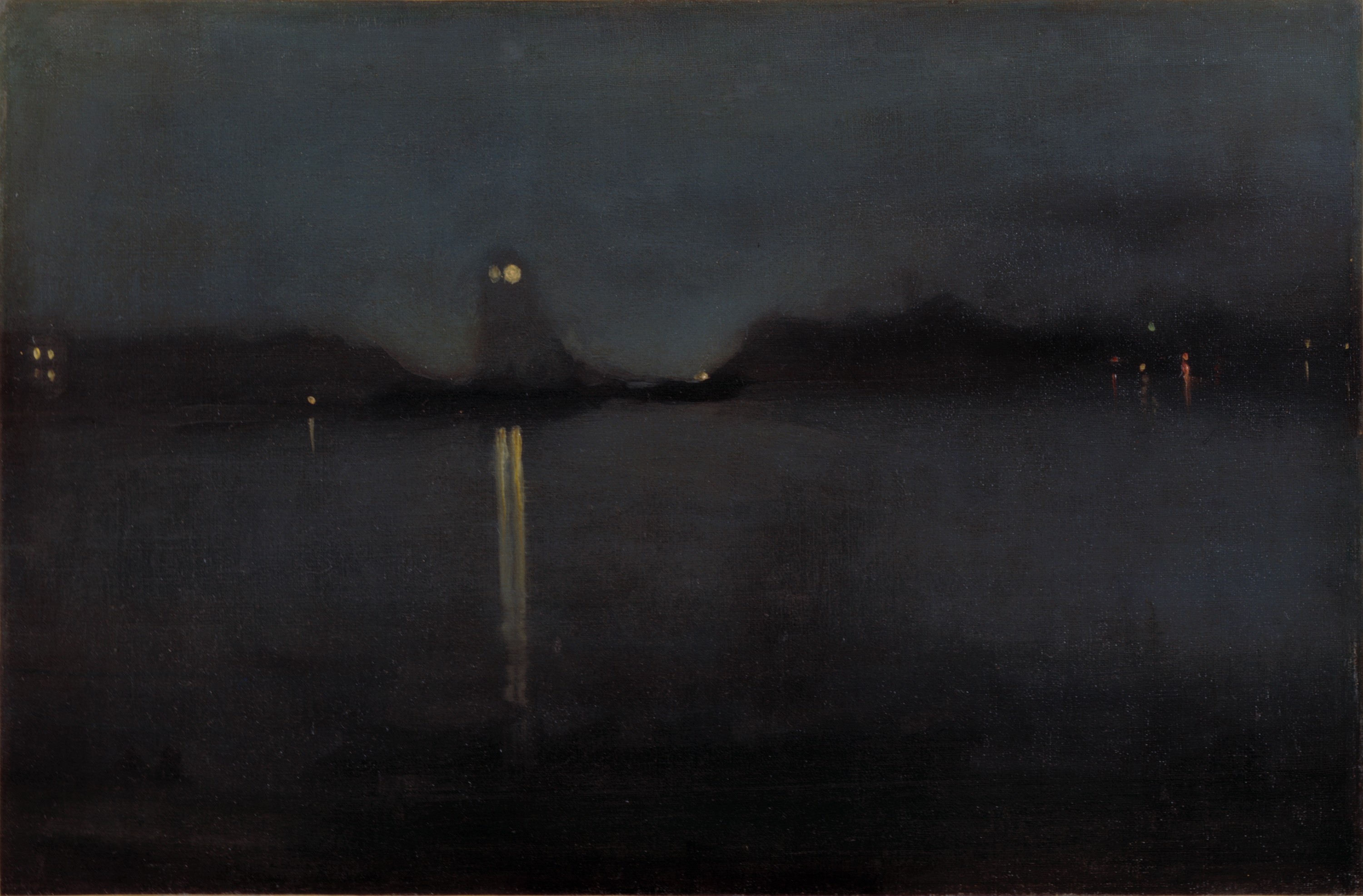